I have been put to bed... yesterday, when I left to fetch some coal, the cold got to my lower back and now I’m suffering like St. Sebastian. 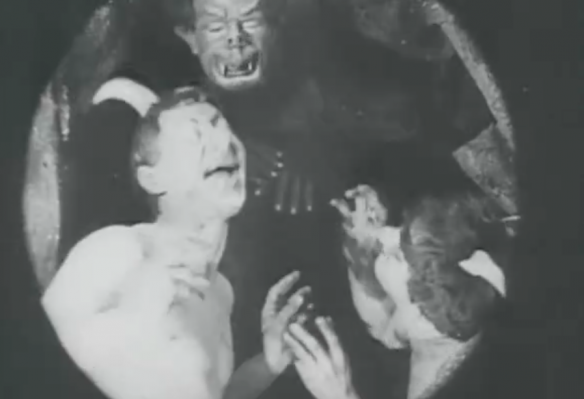 CokaBenois' son. is interested in home cinema and spends his savings on the purchase of second-hand films.

If it is unthinkable that a doctor should be entrusted with the building of a bridge, or an engineer the curing of patients, it is even more inconceivable that the economic life of the country should be taken from the direction of those who are informed as to the minutiae of its operations and handed over to those who are, at best, amateurs, and at worst – pure ignoramuses.

What a swine this Trotsky is—Left phrases, and a bloc with the Right against the Zimmerwald Left!! He ought to be exposed (by you) if only in a brief letter to Sotsial-Demokrat!...

Dear Nicky, we are going through the most dangerous moment in the history of Russia: the question is, shall Russia be a great State, free, and capable of developing and growing strong, or shall she submit to the iron German fist? See more

And at this most solemn moment, certain forces within Russia are leading you, and, consequently Russia, to inevitable ruin. In conclusion I want to say that, strange though it may be, the Government itself is the organ that is preparing the revolution. The nation does not want it, but the Government is doing everything in its power to create as many malcontents as possible, and it is succeeding perfectly. We are witnessing the unparalleled spectacle of a revolution from above, and not from below.

Your ever faithful Sandro.

The purpose of the state consists not in supplanting  people’s endeavours and achievements, but in fostering the development of all aspects of the individual himself. To this end, it’s necessary to defend the individual against other people’s attempts to violate his liberty, and to champion equal “human rights” for everyone.

The significance of the role played by Vyrubova over the past two months has been underestimated. In the wake of Rasputin’s murder, she has become even more intimate with the Tsarina in honouring the memory of their late “Friend” – something that the adroit Protopopov grasps all too well. He has outflanked her, of course, bewitching her by dint of his veneration of the departed “Friend” and his supposedly “spiritual” connection with him – charlatanism pure and simple. And, thanks to Protopopov, Vyrubova has become a real mediator between him, the Minister of Internal Affairs and Their Majesties.

A. Vyrubova now serves as a kind of stand-in for the Royal Family’s relatives as well. Correspondence aside, they’ve maintained close ties only with the Emperor’s brother, Grand Duke Mikhail Alexandrovich.

“My dear fellow, help if you can. Grigory Rasputin”

Armed with this recommendation, provincials would normally seek an audience with the minister in question, firmly convinced that their request would immediately be granted. How great was their astonishment when they were turned away, the intervention of the omnipotent “elder” notwithstanding!

People often claimed that his interventions were successful when it came to borderline cases; I never believed such claims, however, and, though I’d investigate these rumours from time to time, I never found any conclusive evidence of their truthfulness.

Almost half of the people who sought help from Rasputin were poverty-stricken and therefore hoped to get some kind of financial assistance from him – not unreasonably so, since Rasputin never refused to help folk out with money.

Simple peasants would often come to see him for no reason other than to satisfy their curiosity, eager to speak with a man who’d managed to gain access to the tsar’s court despite being a simple muzhik. Rasputin normally received them with great cordiality and discussed their affairs at length, unmindful of the fact that far more important individuals were thus being kept waiting.

It’s a bright and frosty day. Voeikov and Sandro were here in the morning. I’ve had a walk . I’ve seen Belyaev and Fredericks. Maria and I had a stroll. I wrote to Georgie in English.

Bertrand Russell: “The current powers that be are the very embodiment of evil”
Nijinsky on his relationship with Stravinsky
Freud is dissatisfied with everything