Everyone is now thinking of the revolution as of a lost cause, they don't even consider it to be a revolution.

"For a week," they say, "it was indeed a revolution, and then it wasn't at all."

There's a meeting at the museum today regarding the evacuation. There's a lot of anxiety about it now. In fact, are people more afraid of Bolsheviks? than Germans.

The Central Committee recognises that the international position of the Russian revolution (the revolt in the German navy which is an extreme manifestation of the growth throughout Europe of the world socialist revolution; the threat of peace by the imperialists with the object of strangling the revolution in Russia) as well as the military situation (the indubitable decision of the Russian bourgeoisie and Kerensky and Co. to surrender Petrograd to the Germans), and the fact that the proletarian party has gained a majority in the Soviets—all this, taken in conjunction with the peasant revolt and the swing of popular confidence towards our Party (the elections in Moscow), and, finally, the obvious preparations being made for a second Kornilov revolt (the withdrawal of troops from Petrograd, the dispatch of Cossacks to Petrograd, the encircling of Minsk by Cossacks, etc.)—all this places the armed uprising on the order of the day.

It is true that the Petrograd Soviet had not ordered a demonstration, but the Central Committee of the Bolshevik party was considering the question of insurrection. All night long the 23d they met. There were present all the party intellectuals, the leaders—and delegates of the Petrograd workers and garrison. Alone of the intellectuals Lenin and Trotsky stood for insurrection. Even the military men opposed it. A vote was taken. Insurrection was defeated! See more

Then arose a rough workman, his face convulsed with rage. “I speak for the Petrograd proletariat,” he said, harshly. “We are in favour of insurrection. Have it your own way, but I tell you now that if you allow the Soviets to be destroyed, we’re through with you!” Some soldiers joined him. And after that they voted again—insurrection won...

However, the right wing of the Bolsheviki, led by Ryazanov, Kamenev and Zinoviev, continued to campaign against an armed rising.

The war aspects [will] take care of themselves if a band … [is] forged between the Russian and the American people. 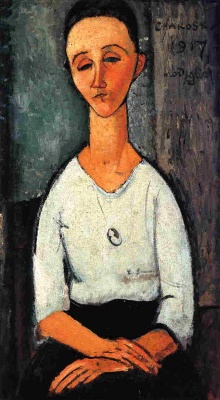 The weather became pleasant, about one degree above frost. Klavakia Mikhailovna Bitner, who came here two days ago, gave me a letter from Ksenia. Today she started to take care of the children.

The Foreign Office sent a very sound wire refusing to have anything to do with the wild Baltic adventure, and expressing its disgust that a nation that had forgotten the first duty of nationality—to defend its own territory— should, while retiring before inferior numbers, ask its ally to undertake an impossible naval operation in order to save it.

Germans have a new gas weapon
The Petrograd Soviet: The Provisional Government is abandoning Petrograd
The Battle of Trafalgar