Project 1917 is a series of events that took place a hundred years ago as described by those involved. It is composed only of diaries, letters, memoirs, newspapers and other documents
Maria Bochkareva

Germans, finally, gave in and started a massive artillery attack on our troops. There hadn't been a case of artillery fire for a long time, so heavy cannon fire caused severe confusion among soldiers. Many were wounded. Some were killed. The battalion lost four people dead and 15 wounded.

-She wants war! - they yelled. - And we want peace. Put her back against the wall, and be done with it!

But Committee members and my friends persuaded the soldiers that I was acting according to the agreement.

-It's just her battalion that is involved in military action, - my defenders insisted. - And she has nothing to do with us. It's not her fault that the German artillery has aimed right at the first time and some of our people were killed.

It has to be stated with bitterness: they waited. They waited for what everyone had predicted, everyone who had come into contact with the village and had understood them. We waited for the beginning of large-scale agrarian unrest.

Source: Article by Viktor Chernov in the newspaper "The cause of the people" Party of Socialist-Revolutionaries. Documents and materials. T.3, Part 1 M. 2000

Today the Germans made an assault on Aixelles. There is growing anarchy in the country. The shameful Democratic Conference ended with its usual shamefulness. This ‘pre-parliament’ opens in a matter of days, it’s really a vaudeville for travel. The ‘dying’ government coalition is equally rotten. See more

The surviving remnants of mind and vision see how this will end. Kerensky continues to fall, while the Bolsheviks have already irreparably overpowered the Soviets. Trotsky is the chairman. When exactly there’ll be a massacre, a firing, an uprising, a pogrom in St Petersburg, it’s not yet decided. There will be one.

We worry, both Anyuta and I—Ezel and Dago have been taken.  See more

I was finishing the portrait L’ombre de Manon (that’s what I want to call it). After lunch went to visit Ostrogradsky, who edited the text of Le Levre… while I was there. I came back, went to see Anyuta, then I was looking through “La physiologie” books, charmingly illustrated by Daumier. 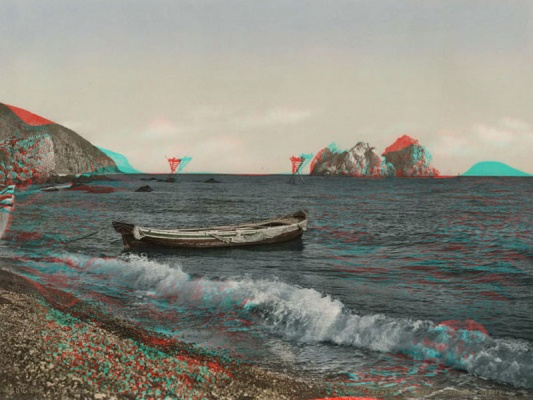 At 3 o’clock Natasha and I went to Birch Gates, from where we walked to the island of Love, where we found a broken, toppled statue. Then we walked along the shore, past the old orangeries and into the zoo, passed by the bird enclosure. I forgot to say that all birds were sold off in the summer.

My life ran as follows: I got up at half-past seven because the children next door started crying. However, I had nothing against getting up at such an early hour. I did Miller's gymnastics followed by cold showers until they began to affect my sleep. Then I started doing gymnastics every day, only took cold showers every other day. See more

Then I’d take a walk, have coffee and go to morning work. I’d take out drafts of "They are Seven" and, sitting in an armchair, look at them and think. And little by little the vast empty spaces began to be filled with texture and pattern: the skeleton began to grow muscular. Alongside this, random harmony was removed, and genuine harmony went in its place. This work lasted an hour. Then I sat on the balcony and read Kant. And sometimes, I instead wrote "The Toadstool" or caught up on my diary. Lunch at one o'clock, and from two to four cinematography: large empty rooms with a beat-up piano; I would practice on it, arranged equipment and learned the 3rd Sonata. Assuming I’ll give a series of concerts in the fall and having a whole summer without a piano behind the scenes, it was useful to think about one’s technique. From five to six, I was again on my balcony, continuing the morning work, then a walk, dinner in the evening, and to relax, a chapter from aesthetics. Sleep at a half-eleven. That’s how the week passed.