Project 1917 is a series of events that took place a hundred years ago as described by those involved. It is composed only of diaries, letters, memoirs, newspapers and other documents
Alexandra Kollontai
Vyborg female convict prison, Vyborg side, Russian Empire

The February Revolution cleared out our prisons. My presence brings new blood to a complex for political prisoners in this new bourgeois-republican Russia. I slept on a hard cot—slept deeply, at least until they brought in boiling water and a large hunk of black bread. I am permitted to buy tea myself.

The prison’s day began. The first order of business was to bring some sort of order to my cell. It is good that comrade Sh. compelled me to bring her plaid—the cot does not look so prisonly. There is a little shelf for toiletries; there is a place to wash.

One thought will not leave my mind: how strong is the reaction? What are our people doing? Toward midday, the head of the prison appears. He is chubby, has whiskers, was placed here by the “new authorities” (as he said himself by way of introduction). He is talkative but mostly speaks about the “baseness” of the Bolsheviks.

If one is to believe his words, most of the “Bolshevik incendiaries” have been arrested while others have “repented and admitted everything.”

“And what did they admit?”

“That the Bolsheviks have a direct connection with German general headquarters. There is irrefutable evidence. And against you too… but that is not my business.”

They bring in lunch—beet salad in lenten oil, entirely edible given the times. I ask for a newspaper. It would be charged to my account. They do not bring one. In the evening, I discover that I have am being held under a “particularly strict regime,” and it is not permitted to bring me newspapers. No walks, no visitors. And so they have cut me off from the movement, from the party.

I was in the garden today. I walked for an hour with a great deal of effort, resting on every bench. I am very tired, but I feel healthier. The news has been more calming than usual: there has been a push to form a ministry with the cadets, who have shifted rightward. See more

There was a funeral for soldiers and for the Cossacks who died during the Bolshevik uprising. They say it was conducted with solemnity and with great religious feeling; not a single red banner. I am more and more convinced that it is best to stay in place if at all possible.

All night, the rain was pouring down and drumming on the roof. At one point it was very cold, and I couldn’t sleep. Luckily the little cat Kuzka honoured me with his company: he heated up my feet and communicated a magical sense of comfort for a bit of the night. See more

Two papers were brought in at once with my coffee – the second from Friday. I was struck above all by a telegram from KornilovCommander in Chief of the Petrograd command - from 18 March 1917 with the demand for a “halt” to the offensive and the reinstatement of  the death penalty, stating that if this is not done, he will refuse to continue to command. Strangest of all, there was no commentary on this telegram worthy of its exceptional importance. What does it mean to “stop” the offensive? Or is it a misprint for “retreat” ? Will they try to raise a dying beast to its feet? We are stupid enough, and the English cruel enough, to try it. It will now be even harder to find out the approximate truth, as wartime censorship has been reintroduced at the same level as before.

The more committed a socialist is to the cause of the workers, the more the bourgeoisie slander him. The Bolsheviks, with Lenin at their head, are the representatives of revolutionary socialism in Russia now. Perhaps nowhere else has the hatred of the bourgeoisie, slander and persecution reached the levels we see now in Russia. See more

This is taking place because, thanks to the freedom won after the revolution, the Bolsheviks have been able to set out their programme to the masses of workers and peasants.  And as their demands, which touch on the very foundations of the capitalists’ and landowners’ property and power, have been met with widespread sympathy on the part of workers, soldier and peasants, the Bolsheviks have immediately become a rising force that poses a constant threat to the bourgeoisie. 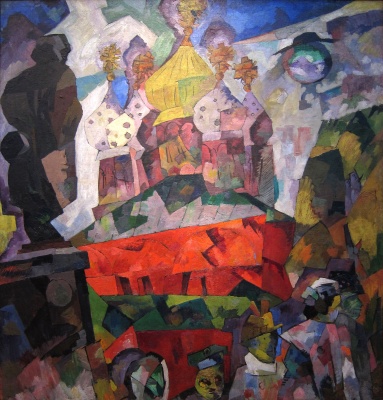 The Cossacks who had been killed in the abortive Bolshevik rising were given an official funeral, and about twenty allied officers attended. M. Kerensky drove up amidst the cheers of the populace in the Emperor’s automobile. He made an emo­tional speech from the steps of St. Isaac’s Cathedral. See more

A lady overheard a soldier in the crowd of onlookers point out the British and French officers to his companions. He said: “The ones in protective colour (khaki) are Germans, and the ones with the blue trousers are Austrians. It is nice of them to come to the funeral.