Project 1917 is a series of events that took place a hundred years ago as described by those involved. It is composed only of diaries, letters, memoirs, newspapers and other documents
John Reed
1, Smolny proezd, Smolny, Petrograd, Russian Republic

Smolny Institute, headquarters of the Tsay-ee-kahThe Central Committee of the Russian Social Democratic Workers' Party and of the Petrograd Soviet, lay miles out on the edge of the city, beside the wide Neva. Under the old régime a famous convent-school for the daughters of the Russian nobility, patronised by the Tsarina herself, the Institute had been taken over by the revolutionary organisations of workers and soldiers.

Within were more than a hundred huge rooms, white and bare, on their doors enamelled plaques still informing the passerby that within was “Ladies’ Class-room Number 4” or “Teachers’ Bureau”; but over these hung crudely-lettered signs, evidence of the vitality of the new order: “Central Committee of the Petrograd Soviet” and “Tsay-ee-kah” and “Bureau of Foreign Affairs”; “Union of Socialist Soldiers,” “Central Committee of the All-Russian Trade Unions,” “Factory-Shop Committees,” “Central Army Committee”; and the central offices and caucus-rooms of the political parties.

The long, vaulted corridors, lit by rare electric lights, were thronged with hurrying shapes of soldiers and workmen, some bent under the weight of huge bundles of newspapers, proclamations, printed propaganda of all sorts. The sound of their heavy boots made a deep and incessant thunder on the wooden floor. Signs were posted up everywhere: “Comrades! For the sake of your health, preserve cleanliness!” Long tables stood at the head of the stairs on every floor, and on the landings, heaped with pamphlets and the literature of the different political parties, for sale.

In the south wing on the second floor was the great hall of meetings, the former ball-room of the Institute. A lofty white room lighted by glazed-white chandeliers holding hundreds of ornate electric bulbs, and divided by two rows of massive columns; at one end a dais, flanked with two tall many-branched light standards, and a gold frame behind, from which the Imperial portrait had been cut. Here on festal occasions had been banked brilliant military and ecclesiastical uniforms, a setting for Grand Duchesses.

Just across the hall outside was the office of the Credentials Committee for the Congress of Soviets. I stood there watching the new delegates come in—burly, bearded soldiers, workmen in black blouses, a few long-haired peasants. The girl in charge—a member of Plekhanov’s Yedinstvo group—smiled contemptuously. “These are very different people from the delegates to the first Siezd (Congress),” she remarked. “See how rough and ignorant they look! The Dark People.” It was true; the depths of Russia had been stirred, and it was the bottom which came uppermost now. The Credentials Committee, appointed by the old Tsay-ee-kah, was challenging delegate after delegate, on the ground that they had been illegally elected. Karakhan, member of the Bolshevik Central Committee, simply grinned. “Never mind,” he said, “When the time comes we’ll see that you get your seats.”

It was evident that a quorum would not come together by November 2, so the opening of the Congress was postponed to the 7th.

Evacuating Petrograd is like opening a can of worms.

I've always feared that socialism creates army discipline. And what do I see around me? It might only exist inside - but the only thing anyone has inside is strife and squabble.

A registered message from Odessa. God knows, how it came to me! “Monsieur, I am sitting in my bedroom, reading your article ‘The Lesser of Two Evils’ as I listen to someone playing the ‘Marseillaise’ on the accordion outside the window. See more

Your magnificent, intoxicating ‘Marseillaise’… This song has gone from national to international, a symbol of freedom. Our Aleks leads under the Marseillaise. Kerensky leads our soldiers into battle under the red banners!

The day before yesterday, I turned forty seven years old. It’s scary to write, although now and then there’s a flicker of comfort- but maybe, that’s just nothing, maybe, I’m exaggerating the significance of these years?

It's quiet, there's no snow. 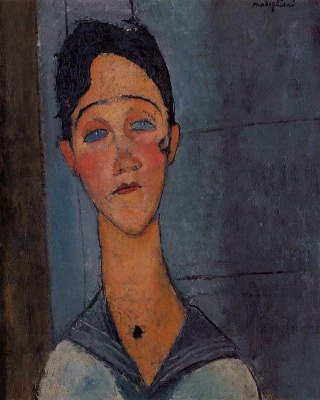 It was a nice sunny day, after a light, cold night. We have started taking our walks again at 4 o'clock since the children have an added number of lessons.

In the morning, I read, and waked around the garden. At 3 o’clock I took a walk in the grove beyond the crossing. When I returned home, Baranov’s son was there who asked me to be the godfather to his son Andrei. Then I read and played the guitar.

"After observing that a naval demonstration in the Skagerak was more likely to create a diversion than any steps that we might take in the North Sea, Tereschenko said that he had felt considerable diffidence about appealing to us for assistance so long as Russia made no effort to save herself. See more

He had, indeed, only been emboldened to do so by the gallant stand which the Russian fleet had made against a vastly superior foe.

I replied that, while I fully recognized the gallantry displayed by the ships engaged in the recent fighting, Russia could hardly expect us to risk sacrificing our fleet, while her army, that was numerically stronger than the forces opposed to it, did but little to stem the German advance.

A painting by Henri Matisse
Agents of the Tsar’s secret service are still at work
"The Central Committee has chosen the course of “A.I.”: “armed insurrection is unavoidable"