Project 1917 is a series of events that took place a hundred years ago as described by those involved. It is composed only of diaries, letters, memoirs, newspapers and other documents
Vladimir Lenin

The political situation does not warrant long speeches. The political question is now merging with the military question. It is all too clear that Kerensky has recruited the Kornilovites, and they are his only support. In Moscow they have seized the Kremlin, but they have no control over the suburbs, where the workers and the poor in general live. There is no one to back Kerensky at the front. Even those who are of two minds, like the members of the Railwaymen’s Union, are speaking in favour of the Decrees on Peace and on Land.

The vast majority of workers, soldiers and peasants want a policy of peace.

This is not a Bolshevik policy. In no sense is it a “party” policy. It is the policy of the workers, soldiers, and peasants, that is, the majority of the people. Nor are we implementing a Bolshevik programme on the land question, because there, too, our programme has been taken bodily from peasant mandates.

It is not our fault that the Socialist-Revolutionaries and the Mensheviks have gone. They were invited to share political power, but they want to sit on the fence until the fight against Kerensky is over.

We asked everyone to take part in the government. The Left Socialist-Revolutionaries said they wanted to support the Soviet Government’s policy. They did not even dare voice disagreement with the new government’s programme.

People in the provinces give credence to papers like Dyelo Naroda. Here everyone knows that the SocialistRevolutionaries and the Mensheviks went because they were left in a minority. The men of the Petrograd garrison are aware of this. They know that we wanted a coalition Soviet government. We did not exclude anyone from the Soviet. If they do not want to work with us, so much the worse for them. The mass of soldiers and peasants will not follow the Mensheviks or the Socialist-Revolutionaries. I am sure that nine-tenths of any workers’ or soldiers’ meeting will be on our side.

Kerensky’s bid is just as pathetic a gamble as Kornilov’s. But the situation is a difficult one. Vigorous efforts must be made to get some order into the food situation, and put an end to the misery at the fronts. We cannot wait, nor can we tolerate Kerensky’s mutiny a single day. If the Kornilovites launch another offensive, they will get what the mutinous officer cadets got today. The cadets have only themselves to blame. We took power almost without bloodshed. If there were any losses they were on our side. The entire people wanted the policy the new government is conducting. It did not borrow this policy from the Bolsheviks, but from the soldiers at the front, the peasants in the villages, and the workers in the towns.

The Decree on Workers’ Control is to be issued presently. Let me say this again: the political situation is now reduced to a military one. We cannot allow Kerensky to win: if he did there would be no peace, no land, and no freedom. I am sure that the soldiers and workers of Petrograd, who have just brought off a victorious revolution, will be able to crush the Kornilovites. We have had our defects. There is no use denying it. We have had to pay for them. But they can be eliminated. Without losing a single hour, a single minute, we must get organised, and set up a headquarters, and we must do it today. Once organised, we are sure to win out within a few days, and possibly even earlier.

The government set up by the will of the workers’, soldiers’ and peasants’ deputies will not tolerate any nonsense from the Kornilovites. The political and the military task is to set up a headquarters, to concentrate the material forces, and to provide the soldiers with all they need. If we are to go on from strength to strength, this must be done without wasting a single hour, nay, minute.

They are now the government of Russia. They will be in charge of the Academy of Sciences, the universities, they will make the laws - these illiterates. It is quite clearly impossible, and yet it is true, it exists, it is a fact! And I cannot grasp anything, everything is inconceivable, it’s as if I had to live underwater. Of course, it will end soon, but when? And how? History has never known such a thing. When the barbarians seized power, they still brought with them some way of life, some structure -  but this lot? This isn’t the Paris Commune. This is the revolt of darkness against knowledge, stupidity against intellect. And not only revolt but victory and rule. No, I can’t bear it.

Nobody knows anything. Cut off from the world. There is no battle. Silence, once in a while one can see the blue sky. Telephones for private conversations are off. There is rumour of a railway strike. See more

An incident with E.'s brother Ya.: he came home drunk, with someone’s rifle, and aimed it at his brother. He built in the room a barricade of cupboards, armchairs and sat down. He fell, crushed by a cupboard.

As before, I have been getting up late, but every morning, I am visited by my dear children and grandchildren. Later I went out onto my balcony again. The weather is beautiful, but nothing brings me joy anymore. I suddenly felt ill and for some reason I was sick. See more

Ksenia has received a letter from poor little Olga in Tobolsk. The letter made me happy, but I also felt sad, as it is clear, from reading between the lines, how cheerless their life is, and how happy they are to be allowed outside without their jailors. The very thought of them causes me genuine suffering.

The last two days have passed without disturbance, and yesterday it was generally believed that Kerensky's troops would be here by now and that the situation would be liquidated. See more

Acting under this belief, the Committee of Public Safety encouraged the cadets of the military schools to occupy the Central Telephone Office and to act on the offensive in other parts of the town. The situation has in consequence once more become acute, and there is firing all over the town.

Our guard of eight cadets distinguished themselves the other day by appropriating a case of whiskey and a case of claret belonging to the secretaries. Most of them were ill the next day, and some were sick in the hall. So far from their protecting us, it is rather we who are protecting them. Luckily an extra guard of Polish soldiers with an officer was given us on Friday, and we have managed to send the cadets safely home dressed up as civilians.

By the morning we should have been in Petrograd, but we had only gotten as far as Tsarskoye Selo. That same day an anti-Bolshevik revolt broke out in the capital. At four in the afternoon I was called to the telephone. See more

It was the Mikhailsky Castle calling from the very center of the city, where the headquarters of the government supporters was located. They begged me to send help, but we were unable to give it.

We strolled toward the Imperial Palaces, along the edge of the vast, dark gardens, their fantastic pavilions and ornamental bridges looming uncertainly in the night, and soft water splashing from the fountains. See more

At one place, where a ridiculous iron swan spat unceasingly from an artificial grotto, we were suddenly aware of observation, and looked up to encounter the sullen, suspicious gaze of half a dozen gigantic armed soldiers, who stared moodily down from a grassy terrace. I climbed up to them. “Who are you?” I asked.

“We are the guard,” answered one. They all looked very depressed, as undoubtedly they were, from weeks and weeks of all-day all-night argument and debate.

“Are you Kerensky’s troops, or the Soviets’?”

There was silence for a moment, as they looked uneasily at each other. Then, “We are neutral,” said he.

We ought to endeavour to gain and keep the control of the war to which our strength entitles us, using that strength to sustain our Allies without allowing them to lose their self-reliance. We should be careful not to dissipate our strength or melt it down to the average level of exhausted nations. See more

It will be better used with design by us than weakly dispersed. Resolute to expend everything for the common cause, we ought not to shrink from being taskmasters. I deprecate most strongly our making any general agreement in regard to Munitions and raw materials similar to that which has been made about food. On the contrary, I would continue to make ad hoc allocations when particular emergencies are shown, always exacting where possible some other services or accommodation in return. There must at any rate be one strong power to face Germany in 1918. To strike an average in these matters, to bind oneself in advance to some system of ‘share and share alike,’ and thus to deprive ourselves of all our power of giving when the need arises, maybe logic—it may even be equity—but it is not the way to win the war. 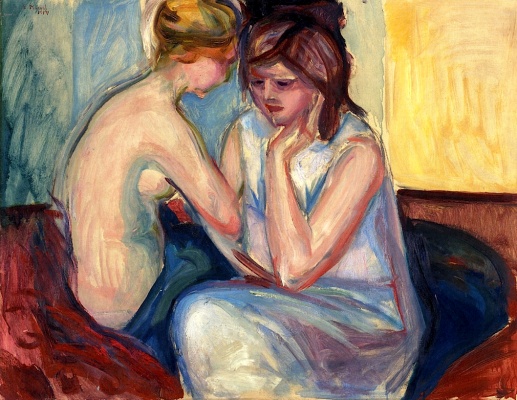 We got up at 7 o'clock when it was still completely dark and at 8 o'clock we went to Mass. After the second tea we took a walk. The weather was mild and overcast, I wrote to Olga [Grand Duchess Olga Alexandrovna, sister of Nicholas]. I began the tenth volume of Leskov. Today we repaired a collection of things donated by the people for use of the army on the front.

Zinaida Gippius is concerned that a civil war might begin
Rumor has it, cadets are tortured in the Peter and Paul Fortress