Project 1917 is a series of events that took place a hundred years ago as described by those involved. It is composed only of diaries, letters, memoirs, newspapers and other documents
Bertrand Russell

Bolshevism is not merely a political doctrine; it is also a religion, with elaborate dogmas and inspired scriptures. When Lenin wishes to prove some proposition, he does so, if possible, by quoting texts from Marx and Engels.

A full-fledged Communist is not merely a man who believes that land and capital should be held in common, and their produce distributed as nearly equally as possible. He is a man who entertains a number of elaborate and dogmatic beliefs such as philosophic materialism, for example – which may be true, but are not, to a scientific temper, capable of being known to be true with any certainty. This habit, of militant certainty about objectively doubtful matters, is one from which, since the Renaissance, the world has been gradually emerging, into that temper of constructive and fruitful scepticism which constitutes the scientific outlook. I believe the scientific outlook to be immeasurably important to the human race.

Source: Russel B., The Practice and Theory of Bolshevism, 1921

We have also not received any newspapers all this time. The bourgeois press is silent. In the morning we learnt that there are troop movements in Luga, but whose troops? Some assume they are Kerensky’s. There have been skirmishes around Suida. See more

All quiet in Gatchina. There has been much looting and violence at Tsarskoye Selo. Petrograd is, comparatively, quiet. Moscow is now the site of full-scale war: Uspensky Cathedral, St Basil’s and the building of the Municipal Duma are in ruins. A huge number have suffered in fires on Tversky Boulevard, and the Nikitsky Gates and Arbat squares. Johnson’s flat was searched this morning for machine guns and grenades. The guard today is from the Military Aviation School.

Racked with desperate ennui, I mourn the death of Russia in the ruins of Moscow with a voiceless throat and aching temples.

One of the greatest privations during our captivity at Tobolsk was the almost complete absence of news. Letters only reached us very irregularly and after long delay. As for newspapers, we were reduced to a nasty local rag printed on packing paper, which only gave us telegrams several days old and generally distorted and cut down. See more

The Czar eagerly followed the development of events in Russia. He realised that the country was rushing towards ruin. He had a moment of fresh hope when General Kornilof offered Kerensky to march on Petrograd to put an end to the Bolshevik agitation, which was becoming more and more menacing. His disappointment was very great when the Provisional Government rejected this final chance of salvation. He saw in this the only means that remained perhaps of avoiding the imminent catastrophe.
I then for the first time heard the Czar regret his abdication. He had made this decision in the hope that those who had wished to get rid of him would be capable of making a success of the war and saving Russia. He had feared that resistance on his part might give rise to a civil war in the presence of the enemy, and had been unwilling that the blood of a single Russian should be shed for him. But had not his departure been almost immediately followed by the appearance of Lenin and his acolytes, the paid agents of Germany, whose criminal propaganda had destroyed the army and corrupted the country ? It now gave him pain to see that his renunciation had been in vain, and that by his departure in the interests of his country he had in reality done her an ill turn.

We reached Petrograd safely, if not on time. Everything there seemed quiet. We drove home to the Nevsky. The minute I was in the house I rushed upstairs to the Laimings to find out what had happened during our absence.At my entrance they both fell a step backwards as if they were seeing a ghost. See more

In Petrograd, as in Moscow, the Bolshevist uprising had succeeded. Kerensky had fled, the members of the Provisional Government had disappeared, but the troops loyal to them had engaged the Bolsheviks in several bloody combats. In this fighting the heaviest losses had been sustained by the Women Battalions and by the youths who were defending the Winter Palace. Petrograd appeared to have had no reports of what had happened in Moscow, and the Laimings could tell me nothing about conditions at Tsarskoie-Selo.

We made inquiries and learned that the passenger service between Petrograd and Tsarskoie-Selo had been discontinued. That terrified me. I had to know at any cost what was happening there. I could not go myself, so again we dispatched the orderly, the only suitable person in this world of grey soldiers' coats. He remained absent the entire day. Upon his return he came into my room, and, with that imperturbability which so often distinguishes people of his mentality, announced: "I am to tell you that everything is all right and that the Grand Duke Paul was taken away to the Smolny Institute two days ago."

Now no-one will be listening to songs.

The days long prophesied have come to pass.
The world has no more miracles. Don't break
My heart, song, but be still: you are the last. See more

Not long ago you took your morning flight
With all a swallow's free accomplishment.
Now that you are a hungry beggar-woman,
Don't go knocking at the stranger's gate.

We have been terribly anxious for the prisoners since X. returned from the the Peter and Paul Fortress. Things there are bad, the “commandant” himself is afraid of the sailors, who seem capable of anything. We must conspire to have the prisoners removed. See more

Anywhere would be better than that fortress of sailors and Bolsheviks. It would be completely useless to appeal to Trotsky. Besides how repulsive it would be to have any dealings with him, it would be about as useful as trying to strike up a conversation with an ape.

The news out of Moscow is shocking. (They say things have again calmed down, but it is difficult to believe). The city is completely cut off. Telephone lines are down. Lunacharsky, the “patron of culture”, has been pulling his hair out, gasping and screaming (in the papers) that if things continue as they are he will “leave, leave this Bolshevik government”! He’s going nowhere.

Comrades! There are here today comrade volunteers from the Red Guards, soldiers and sailors, who within a few hours will leave for Moscow to help our comrades and brothers. The Military Revolutionary Committee attempted to send relief to our brothers in Moscow two days ago, but we were met with hinderance from those who, one would have thought, could only be on our side. See more

I speak of a small number of the managing committees and leaders of the railway workers, who, at this most fateful of movements for the revolution, have decided to claim “neutrality”. History will never forgive them for what can, at best, be described as a fateful mistake.

Greeting to our comrades departing to aid the revolutionary struggle in Moscow! Now we shall return to Moscow what Moscow gave to the revolution in 1905. Moscow was then the first to rise, the first to give fierce battle against authoritarianism. We are glad that now it is we who have the chance to dispatch our victorious troops to the Moscow Front.

Long live the comrades departing to Moscow - all the eyes of Russia are upon you!

A guy called Korotkov told me this story. He lived with his mother, a cleaning lady in the Smolny canteen. One day she heard someone pacing in the canteen. She peeked inside: Ilyich was standing by a table, he took a piece of rye bread and a herring and started eating. Upon seeing the cleaning lady, he got a little embarrassed and told her, smiling: "I suddenly got very hungry." 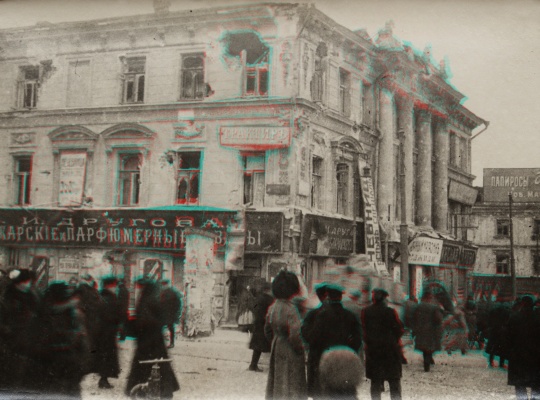 My pursuers were looking for me everywhere. They had no idea I was right there, right under their nose, between Gatchina and Luga, and not somewhere around Don or in Siberia. For me, there was nothing left to do but to lay low and change my appearance as much as I could. I grew a mustache and a beard.

I told the commander that I had no intention of indefinitely staying in Kiev and doing nothing. I wanted to join my family in Crimea. Moreover, I had to pick up some things that I left in Petrograd, as I was leaving the city in a hurry. 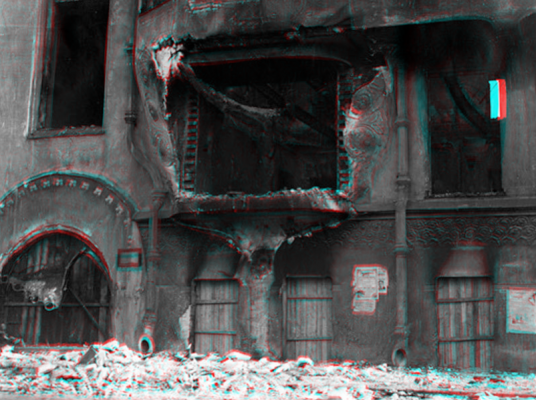