Project 1917 is a series of events that took place a hundred years ago as described by those involved. It is composed only of diaries, letters, memoirs, newspapers and other documents
Maria Feodorovna
Ai-Todor, Crimea, Russian Empire

There was another incredibly humiliating event awaiting us that day. The commission arrived from Sevastopol and took us all to all to a kind of court at Svitsky house, where each of us individually had to answer questions relating to the searches. To tell the truth, I was so outraged by this new, and unexpectedly vile trick, that as I entered the room and saw them sitting behind the long table like judges, ready to question me like some thief or murderer, I was shaking with indignation and fury. But, fortunately, Sandro was with me.

I found myself between two low ranking offices – a sailor and a soldier, the remaining people present at the table. The role of the presiding officer was carried out by a certain general who sat directly opposite me. He read out my explanations in which I laid out in order the events of that day, or rather, that night, because I was sleeping soundly when it all began.

These events were the most insulting and disgusting of all that I have had to endure in my life. I will never forget how despicably and unpleasantly they treated me, they were just trying to humiliate me. Fortunately, there were no faces familiar to me among the officers present. I think that they refused to participate in such a performance.

Good, honest books – the best instruments of culture – have all but completely disappeared from the book market. A number of slanderous and dirty newspapers have sprung up encouraging people to treat one another with hostility and hate, supposedly while trying to answer the question of who is responsible for the collapse of Russia. 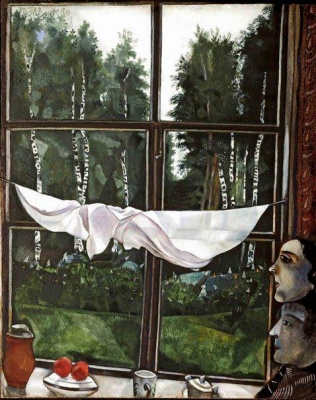 Vasily Shulgin
the editorial office of "Kievlyanin" on the corner of Karavaevskaya and Kuznechnaya, Kiev, Russian Empire

In one of Jules Verne’s novels, a Frenchman from Marseilles says: “I am twice French, because I am from Marseilles.”
Imitating him, we could say: “We are twice Russian, because we are from Kiev – the mother of Russian cities, because Moscow and Petrograd are colonies on Kiev, and not vice versa”.

I’m living in Yessentuki, where I came to be treated. I feel rather awful.