Project 1917 is a series of events that took place a hundred years ago as described by those involved. It is composed only of diaries, letters, memoirs, newspapers and other documents
Mikhail Rodzianko
32, Kirochnaya street, Petrograd, Russian Empire

The opening of the Duma went off quite peacefully. There were no workers in evidence, only a huge number of policemen posted in all the courtyards round about. In order not to fan the flames, or to make an already tense atmosphere worse, I restricted my address to comments about the army, which I praised for its uncomplaining fulfilment of its duty. Instead of more general political disputes, the session was devoted to the question of food supplies, as the agricultural minister, Rittich wanted to talk on the subject, and made a very long speech.

Rittich had the support of the centre, but the Constitutional Democrats attacked him fiercely. From his speech it was clear that he has not achieved much in this short space of time, and the situation regarding food supplies is completely chaotic. Due to the poorly organised supply system, our cities are faced with the threat of famine; in Siberia there are supplies of meat, oil and grain; the allocation of food to the local provinces has been incorrectly handled, so that grain-producing areas have been inadequately supplied, and provinces that do not produce enough grain for themselves have had harsh levies imposed on them. The peasants, alarmed by all the allocations, communications and rumours about requisitioning, have begun to carefully hide their grain, burying it, or have made haste to sell it to black marketeers.

On February 27 the Duma met, and the opening sitting, which I attended, passed off so quietly that I thought I could safely take a short holiday in Finland.

The scent of spring is with us for two days already. We saw off the final festivities of Maslenitsa with military precision – while exercising remarkable restraint from drink, we ate more than would feed an entire division, rode on our horses for miles and miles around snow-covered forests and plains, and billeted ourselves wherever we chose.

After his return from G.H.Q. the Czar had remained at Tsarskoie-Selo for the months of January and February. He felt that the political situation was more and more strained, but he had not yet lost all hope. The country was suffering: it was tired of the war and anxiously longing for peace. The opposition was growing from day to day, and the storm was threatening, but in spite of everything Nicholas II. hoped that patriotic feeling would carry the day against the pessimism which the trials and worries of the moment made general, and that no one would risk compromising the results of a war which had cost the nation so much by rash and imprudent action. His faith in his army was also unshaken. He knew that the material sent from France and England was arriving satisfactorily and would improve the conditions under which it had to fight. He had the greatest hopes of the new formations which had been created in the course of the winter.  He was certain that his army would be ready in the spring to join in that great offensive of the Allies which would deal Germany her death-blow and thus save Russia: a few weeks more and victory would be his.

A Russian Finn applying to a judge in Jersey City for final citizenship papers was asked:

- What is the Constitution of the United States?

- Rugged and healthy, I should say, - was the reply.

Whereupon the judge gave him five days in the jug to think it over, and canceled his preliminary papers. Considering the time our Constitution has spent on the sick list since the Democrats came into power, the penalty imposed on such ignorance was eminently proper.

I decided to take a break from my own work and give myself some leisure time. I have no desire to become a slave to my own compositions. And recently I have quite worn myself out with my music, anyway. So I decided to make myself a free man for a while, not to compose anything, not to study anything and not to worry about anything.

But of course, I was unable to do without music, and soon I began to make some very good progress with the Violin Concerto; I drafted a scherzo (which will be a scherzo to end all scherzos) from existing notes, and wrote something for the final movement. The first part of the exposition was already complete last year. Alongside that, I had some ideas for about half a dozen “doggies” for Op. 22. So despite my rule of idleness, contrary to my expectations, something got written after all.

The will of Randolph McMullen, a wealthy farmer of Tyrone township, probated here today, directs that his estate be divided under the supervision of three trustees to be appointed by the Court, consisting of a Protestant clergyman, a Catholic priest and a Jewish rabbi. The reason expressed in the will for this unique request is that each trustee will watch the other and that every cent given to charity will be rightly applied. The estate, estimated to be worth $100,000, will lie divided among the poor of Blair, Huntingdon and Cambria counties.

I have the feeling that not only Russia but all of Europe is spinning out of control. It is as if the forces of traditional inertia have suddenly ceased to function. It is as if the locomotive of Europe has gone off the rails, is careening into a ditch, has burst into flames, and yet, and herein is the joke, the engine-driver keeps shovelling in coal completely unawares. 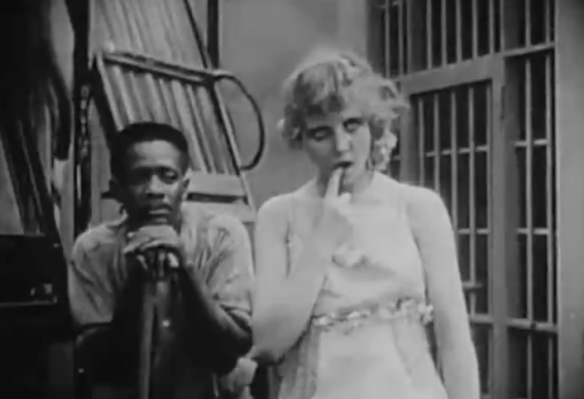 I have noticed that Picasso exhibits a surprising and rather unusual interest in a picture which hangs above the bed In Diaghilev’s apartments on the Via del Corso. The picture is a stolidly unremarkable and hackneyed piece of Italian 18th-century court art. “Pablo, what can it be in that picture that has piqued your interest so?” asked Diaghilev. “I’m studying it thoroughly”, answered Picasso, “in order to learn better how not to paint”.

The opening of the Duma, riots are “promised”.

The people are becoming increasingly discontented. The situation is very threatening.

Soldiers are busy bartering with the local civilians: a piece of sugar gets them straw for bedding, and for one more they get not only a woman to lie in it with, but also venereal disease and syphilis.

Pasternak is seized with inspiration
Picasso on prostitutes in Rome
Trotsky: “Those most responsible for accelerating our plunge into war were, as always, the pacifists”