The Provisional Council was opened by Kerensky with a speech in which he dwelt mainly on the necessity of convoking the Constituent Assembly in the course of the next month, of restoring the fighting spirit of the army, and of putting down anarchy.

After the election of Aksentiev, a moderate Socialist — who had been Minister of the Interior in one of Kerensky's Cabinets — as president, Trotsky made a violent attack on the Government and declared that the Maximalists would work neither with them nor with the council. He then left the chamber, accompanied by his thirty irreconcilable followers. The first question discussed by the council was that of the evacuation of Petrograd; and at first, there seemed a fair prospect of the bourgeois and moderate Socialist groups working together and forming a solid bloc against the Bolsheviks. The constitution of such a bloc afforded, indeed, the one and only hope of escape from the dangers which loomed ahead. The one crucial question, however, around which all interest centered, was the representation of Russia at the Allied Conference that was to meet in Paris in November. In its declaration of policy, published early in October, the Government had announced its intention of participating in that conference, and of including among Russia's representatives a delegate possessing the special confidence of the democratic organizations of the country. Those representatives, they further stated, would not only discuss with the representatives of the Allied Governments the military questions raised at the conference but would also endeavor to negotiate an agreement based on the principles proclaimed by the Russian revolution.

Ilyich has moved to Petrograd from Vyborg. It's been decided to maintain strict secrecy: even members of the Central Committee can't know the address of his safe house. See more

We found him a place at the Vyborg side, on the corner of Lesnoy avenue, in a big house where the majority of the tenants are workers, in the apartment of Maria Vasil'yevna Fofanova. The apartment is very convenient: there's no one there, not even a housekeeper, and Margarita Vasil'yevna herself is an avid Bolshevik, ready to help Lenin in any way she can.

Kerensky, the Cadets, Breshkovskaya, Plekhanov and similar politicians are conscious or unconscious tools in the hands of Anglo-French imperialism, as six months’ history of the Russian revolution has proved in full.

There's a lot of atrocious rumors about Kerensky. They say he's a christened Jew, or that he's heavily drinking at the Winter Palace, lying in the bed of Alexander III (even though Alexander III never lived in this palace). See more

They say that he divorced his wife and married Time, an actress, and their wedding took place in the palace church with the crowns from the royal wedding.

Everyone is spreading these atrocities, even the intellectuals. 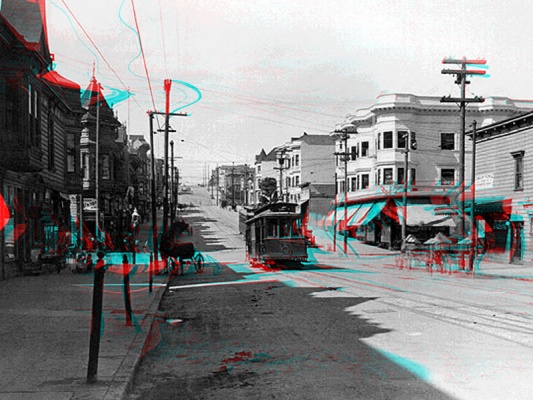 Soldiers of the Petrograd Soviet are against the plan of moving the Provisional Government from Petrograd to Moscow, as this would mean leaving the capital of the revolution to the mercy of fate. See more

If the Provisional Government is unable to defend Petrograd, they must conclude a peace treaty or give way to a different government. A move to Moscow would mean deserting a crucial war post.

According to the decree of the Provisional Government on the formation of the Constituent Assembly and due to the beginning of the election process, the fourth State Duma is to be dissolved and all authorities of the State Election Council to be considered void.

Now in the background of Russian politics began to form the vague outlines of a sinister power—the Cossacks. See more

In the Don, something very like a Cossack Republic had been established. The Kuban declared itself an independent Cossack State. The Soviets of Rostov-on-Don and Yekaterinburg were dispersed by armed Cossacks, and the headquarters of the Coal Miners’ Union at Kharkov raided. In all its manifestations the Cossack movement was anti-Socialist and militaristic. Its leaders were nobles and great land-owners, like Kaledin, KornilovCommander in Chief of the Petrograd command - from 18 March 1917, Generals Dutov, Karaulov and Bardizhe, and it was backed by the powerful merchants and bankers of Moscow.

During the night it went down 9 degrees. The day was clear but fairly cold, especially on the hands. Finally Dir. Gibbs appeared, who told us much of interest about life in Petrograd. At nine o'clock vespers was held for us.

The Romanovs have been given ration cards
What happens if Germans take Petrograd?
Do not dwell on the costs that the security of the army requires!