Project 1917 is a series of events that took place a hundred years ago as described by those involved. It is composed only of diaries, letters, memoirs, newspapers and other documents
Elizaveta Naryshkina
Tsarskoye Selo, Russian Empire

The political situation is distressing: the anarchist party of the socialists is gaining the upper hand. The army is in tatters and refuses to fight. We’re witnessing a grotesque fraternisation with the Germans, who’ll find out everything they need to know. The allies’ advance is being achieved at the cost of inhuman efforts. Enemy troops have been transferred from our front to counter them.

We’re jettisoning our allies and talking about a separate peace instead of helping them by launching an offensive of our own. If we break with the allies, we are lost. It would be curtains for Russia, and we would be put to shame before the whole world.

My dear Alya, I’m sending you some sweets. Lilya can give you one after lunch and one after dinner, provided you’ve been eating well. Do you still remember me? I’m thinking of you all the time.  There’s one child here who screams like a toy ram. See more

And what about your own ram, the one your father gave you for Easter – does it still scream? I’m happy for you that the weather’s so fine.

I send you my warmest kisses, Martyshenka, keep healthy and behave yourself. I'll bring you a new book when I arrive.

I have become acquainted with 'The People's CauseThe daily political and literary newspaper, the central printed organ of the Socialist-Revolutionary Party.' newspaper - a wonderful newspaper! In it there is none of the pandemonium à la Lenin - of that true antichrist, from the depths of hell.

A Marxist should tell the people the truth. 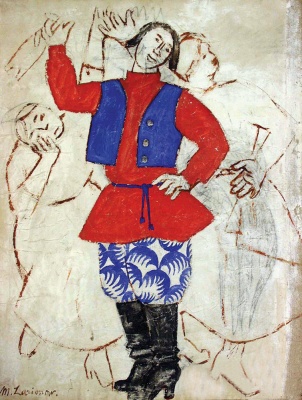 Diaghilev announced that he’d decided to alter the final scene of the ballet so as to make it more consistent with the spirit of the age. Instead of being handed a crown and sceptre, the Tsarevich would now be given a Phrygian cap and a red banner. This was to serve as a tribute to the “liberal” February Tevolution in Russia ... See more

The red banner would symbolise the triumph of the forces of light over the forces of darkness. Such a gambit seemed inappropriate to all of us, but, in his obstinacy, Diaghilev was loath to listen to anyone.

But when this innovation met with an extremely cold response from the audience, he realised that he’d been given a bad piece of advice and restored the scene to its original form.

How are things in the Black Sea?

, and  others
Alexander Kolchak

Things are going from bad to worse.

It seems that Nicholas II is happy with his non-involvement in politics
Zweig: “I’m scared of the war that will follow this war. The wars of classes, nations, and religion”
Empress: “We went for a stroll on foot, because those scoundrels have taken all the petrol”