Project 1917 is a series of events that took place a hundred years ago as described by those involved. It is composed only of diaries, letters, memoirs, newspapers and other documents
Nadezhda Krupskaya with Vladimir Lenin
Lesnoy village, Russian Republic

At this session two positions were discussed: of the majority—those who were in favor of the immediate uprising, and of the minority—those who were against the immediate uprising. Lenin’s resolution won the majority of the votes—19 votes, 2 were against, 4 abstained. The issue was decided. At the closed session of the Central Committee a Military-Revolutionary centre was elected.

Aide-de-camp to the Provisional Government Commissary. Paris, 29 October 1917. No. 105. To the Divisional Intendant of the First Special Infantry Division. See more

Sick soldiers at the Hospital No. 45, Hôtel Dieu in St. Malo are in a great need of sugar that they receive in insufficient quantities. That’s why the War Commissary has instructed me to ask you to send a package with 30 kilograms of sugar, to be distributed among the soldiers, to the Doctor of this infirmary, M-lle Goldberg (Mademoiselle Goldberg).

I can not accept being involved in the same cause as M. Gorky, head of a printing works that is so passionately working to facilitate the demise of our country.

The day of the uprising needs to be efficiently chosen. They say that we need to wait for an attack by the government, but we have to understand what can be construed as an attack. See more

An increase of bread prices, a dispatch of Cossacks to the Donetsk region, etc—all this is an attack. How long should we wait if there is no military attack? What Kamenev and Zinoviev are suggesting, objectively, allows the counter-revolution to prepare and to organise. We will retreat constantly and will lose the revolution. Why can’t we provide ourselves with a possibility of choosing the day of the revolt, so as not to give counter-revolution an opportunity to organise?

In open session of the Petrograd Soviet, Trotzky proposed that the Soviet formally sanction the Military Revolutionary Committee. “We ought,” he said, “to create our special organisation to march to battle, and if necessary to die.” See more

It was decided to send to the front two delegations, one from the Soviet and one from the garrison, to confer with the Soldiers’ Committees and the General Staff.

I visited the Belgian Ambassador, Destre. He, too, seems bewildered by recent events in Petrograd. In the Hôtel d’Europe, I was met with a strange sight—some catastrophe was sweeping the city; it was like a war. See more

I was shocked by the sight of all the luxurious décor, the dirt, the crowd standing oddly in these luxurious surroundings.

An evil envy toward one’s neighbor, whether material or spiritual, lies at the foundation of Russian revolutionary democracy. A low and pitiful foundation, one that can hold neither government nor culture, neither agricultural life nor the life of the spirit! 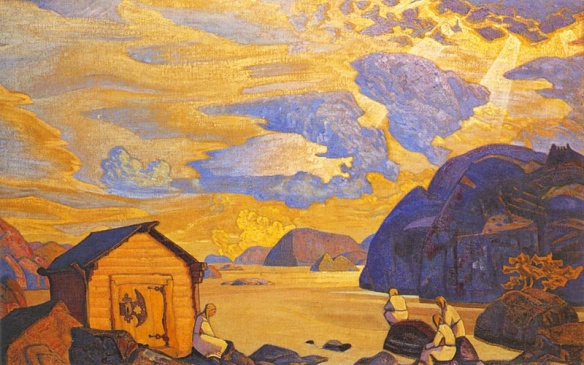 My life was taking shape and I was surrounded by a wide circle of friends from Petrograd. But I was harrowed by the thought that the Grand Duke Serge Mikhailovitch was still exposed to the dangers of the capital. See more

In my letters I tried to persuade him to come to Kislovodsk. He could even have stayed with Count Cheremetiev, one of his earliest friends, with whom he would have been completely at home. But it was no good. The Grand Duke kept on putting off his departure, hoping to succeed in his many attempts to recover my house. He also wanted to send and store abroad his mother's jewellery, in my name; but this project failed, because the British Ambassador, to whom he had applied, refused to help. Further, he wished to save what was left of my furniture by storing it with Meltzer. Apparently his efforts were crowned with success; but in my case this served no purpose.

Prokofiev's opening night in Kislovodsk
"If the majority is Bolshevik, as I think it will be, we shall demand that the power be given to the Soviets"
Grand Duchess Anastasia describes their house in Tobolsk