Project 1917 is a series of events that took place a hundred years ago as described by those involved. It is composed only of diaries, letters, memoirs, newspapers and other documents
Alexander Kerensky

I tried to convince those people close to me to flee. I did not have to persuade my personal assistant, N.V. Vinner: we were determined to not give ourselves in alive. We intended, as soon as the Cossacks and sailors were going to search for us in the front rooms, to shoot ourselves in the back rooms.

Our decision seemed logical and the only possible solution. We began to say goodbye, and suddenly the door opened and two people appeared in the doorway - one civilian, whom I knew well, and a sailor, whom I had never seen before. “We can not lose any time,” they said. “In less than half an hour a brutal mob will storm into here.” “Take off the jacket - faster!” A few seconds later I was transformed into a very ridiculous looking sailor: the sleeves of the jacket were short, my brown lace-up-boots and leggings were clearly out of style. The peakless cap was so small that it barely stayed on my head. My outfit was completed by huge driver’s glasses. I said goodbye to my assistant, and he left through the adjoining room.

Kerensky fled, having betrayed his comrades, his army, and Russia.

Verkhovski came to see me to-day. He said that Kerensky had not wanted the Cossacks to suppress the rising by themselves, as that would have meant the end of the revolution. See more

He declared that the moderate Socialists still had a chance of forming a Government, and said that if he were authorized to tell the troops that the Allies would discuss and draw up their peace terms for presentation to the Germans he would be able to detach many of them from the Bolsheviks.

I went to the State Bank to see the new Commissar, a redhaired Ukrainian Bolshevik named Petrovitch. He was trying to bring order out of the chaos in which affairs had been left by the striking clerks. See more

In all the offices of the huge place perspiring volunteer workers, soldiers, and sailors, their tongues sticking out of their mouths in the intensity of their effort, were poring over the great ledgers with a bewildered air….

At the end of December, I want to give a fundraising concert at the Paris Opera for the Italian Red Cross. I would like to ask you to make a sketch of the set design for Scarlatti. Prepare the sketch. I will be in Paris in 10 days. My address is Russian Consulate in Madrid.

On the opposition within the Central Committee 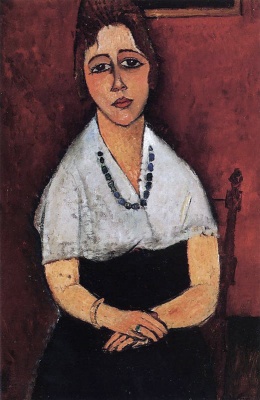 Confusion reigns in Kiev, just like in the capital. Rifle fire comes from everywhere, such that people are killed by stray bullets. Machine gun fire rages off and on. I pretty much crawl around the city. See more

My landlady was horrified when she saw me in a torn dress, covered in dirt from head to toe. My commander came to me and said that the house where he’d settled and to which he’d called me had been hit by a bomb. The house was no more. He’d stayed somewhere else and, as a result, had escaped.

Verkhovski came to see the Ambassador, and I in­terpreted. Incidentally, he said that Kerenski had not wanted to let the Cossacks suppress the rising “ on their own,” as he knew that would be “ the end of the Revolu­tion.” I suggested that “ perhaps it would have saved Russia.” See more

Verkhovski disagreed, and said it was a mistake to imagine that the Cossacks could conquer Russia. All the same, I believe they could if they were not handicapped by men of the type of Kerenski, for they represent the only force that has any approach to discipline, and if they acted quickly and resolutely all the elements that stand for law and order might rally to their side. Verkhovski professed to believe that the moderate socialists still have a chance. I doubt it. I agree with Trotski that the only opposition the Bolsheviks had to fear was from Kornilov’s and Kaledin’s party, and that is now past.

+3
in Petrograd
0
in Moscow