Project 1917 is a series of events that took place a hundred years ago as described by those involved. It is composed only of diaries, letters, memoirs, newspapers and other documents
Olga Paley
Alexander Palace, Tsarskoye Selo, Russian Republic

Now that we were free it was the moment to take flight from Tsarskoe, after this first warning which showed that even the Grand Duke, who had been so popular formerly with the troops and who had not been disquieted until then, was no longer safe. . . . Alas! there was no lack of opportunities for flight.

A number of faithful officers, brought to us by my son Alexander, offered to get us away. One of them named Brigguer, whom I had met with the young Youssoupoffs, was sent by his chief to the Grand Duke, said to him: "Monseigneur, the danger is becoming greater every day for you and yours. I beg of you to listen to me, to have confidence in me, I am an aviator and my chief, Colonel Sikorsky, the inventor of the IIie-Mourometz, is informed of my plans. I shall come down one night on one of the lawns in the Tsarskoe Park, which we shall choose with you. You will come there with the Princess, your three children and some luggage. My machine is like a regular room with arm-chairs in it. In four hours we shall be in Stockholm. . ."

The Grand Duke looked at him sadly: "My dear friend," he replied, "you see me touched to the bottom of my heart but what you propose is out of Jules Verne! How could we disappear without being seen, even with the fewest possible preparations? We are under watch, spied upon, kept in sight by our servants. We should be caught in the act and our fate and yours would be still harder than at present..." Brigguer went off heart-broken. The mission, with which Sikorsky had charged him, had failed. I saw him again only once after his visit; two months later he was fleeing from the Bolshevist invasion.

My dear Jacques, if you have any insight into what on Earth’s going on in Russia, do be so kind as to fill me in. These people have the most curious understandings of responsibility! You know this common way of speaking of  “mysterious Russia”... If mysterious means insane, then I am in full agreement. See more

Speaking honestly, how ridiculously massive that country is! (It seems like it would, at the very least, need two presidents). The telephone brings ears together, but not necessarily hearts. And no one will ever be able to make the “Petrograders” be of the same opinion as the “Muscovites”. 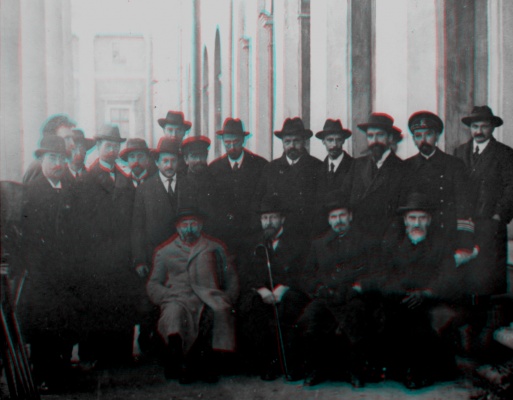 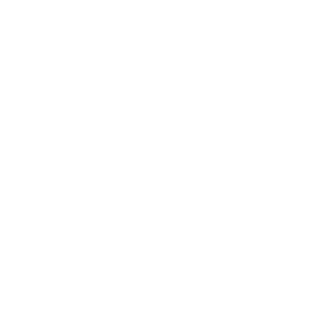 The All-Russia Democratic Conference has opened. There's a sacred procession in town, people are praying for Russia.

What I think lies behind all of events which are now taking place is an age-old drunkenness among the people and a sudden sobering-up. Everything that is happening is the fruits of a long, defiling drunkenness and an awful hangover.

While the Democratic Conference in Petersburg drowns in its own verbiage, and the initiators of the conference come up with ridiculous formulas concerning the “redemption” of the revolution, while those in Kerensky’s government, encouraged by Buchanan and Milyukov, continue to tread “their own” path, a defining historical element, a new power, genuinely from the people, genuinely revolutionary, engaged in a desperate struggle for its very existence, is growing in Russia. See more

On the one hand are the Soviets, standing at the head of the revolution, at the head of the struggle against the counter-revolution, which is far from defeated, having only beaten back a tactical retreat hidden behind the back of the government. On the other side is Kerensky’s government, which covers the counter-revolutionaries, conspires with the Kornilovites (the Cadets!), which declares war on the Soviets in order to smash them before it is itself smashed.

All that matters now is who will triumph in this struggle.

All the Japanese papers are featuring an English telegram describing Japanese-American talks, as a result of which Japan is supposed to enter the war in Russia’s place. The telegram shows that the state of affairs within Russia and, above all, the possibility of power passing to the Bolsheviks is causing serious concern among the Allies. See more

The Allies are expecting that, in this event, Russia will conclude a separate peace with Germany. The unfortunate events of recent days have entirely shattered all hopes of reviving our military might. As a result, Russia is in a grievous and humiliating position, which makes her comparable to Persia in the eyes of the world.

I kindly ask the Provisional Government to release me from the post of the Comrade Minister of Education.

In the afternoon I spoke to Nasse, who has come back from Stockholm, where he has been observing the situation in Russia. He says that the Russian government is afraid of ending the war because of demobilization The government is afraid that the entire army will collapse and overrun the country, observing no order whatsoever - a situation fraught with unforeseeable but catastrophic consequences. See more

We may be able to come halfway to meet them, and make a partial demobilization possible immediately, by agreeing not to launch an offensive. Nasse is placing great hope on the occupation of the Aland Islands. They create a link with Finland, and a rupture in this link may have a powerful effect on other nations, such as Ukraine. I will propose it to Liudendorf.

In order to avoid the crowds of people in the streets and at the church we asked for Mass to be held at 8 o'clock. Everything went well; the sentries were arranged along the fence of the village park. The weather became bad — cold and damp — but we still took a lot of walks. They permitted Kola Derevenko to come to see Alexis.

Having returned from Pesochnaya, I was in Matyushin’s home. I saw his amazing drawings of “large expanses”.

When all the fences became plastered with election lists from the extremely various parties that had suddenly announced their ambition to participate in this country’s leadership, the most dominant ones were still the old parties, the ones whose names had long been popular. But now the Cadets and the Renovationists and the Anarchists and the Chefs’ Union and who knows who else have been posted up there with them. See more

Mayakovsky was walking with me on Neglinnaya Street, glancing at the placards and lists, when, all of a sudden, he suggested hanging up his own list. But what list? A list of futurists, of course! The first candidate on it was Mayakovsky, and then Kamensky and the others. In reply to my disbelieving stare—who on earth would vote for us? —Vladimir Vladimirovich said pensively, “The devil knows! With the times we live in—what if they elect me president?”

This country is approaching total anarchy, and I have no certainty that we will find a fortunate outcome. We continue to revel in words, in resolutions—we have closed our eyes to everything. This country is already on the path to an anarchy that no one can restrain. Witnesses say the peasants are tired, have stopped going to the voting booths, thirst for order from any source. Monarchist and ant-Semitic propaganda is spreading through the countryside. See more

The masses are tired of words—they want bread. Our revolution has occupied itself with words instead of deeds. Just as the tsarist regime fell due to economics, so will the new order fall due to economics as well. It is impossible to do anything without money, and we have absolutely no money at all. If power falls into the hands of the Soviets, then Russia will die, the revolution will die.